We are a team of friendly technology professionals working all around the world. We have a passion for creating solutions that harness the power of new software tools and delivery mechanisms.

In 2006, we saw the opportunity to do what some major consultancy firms were already doing, but on a smaller scale, in shorter times and with better results. That is how Bluetab was born.

The market’s top talent and a strong technical team 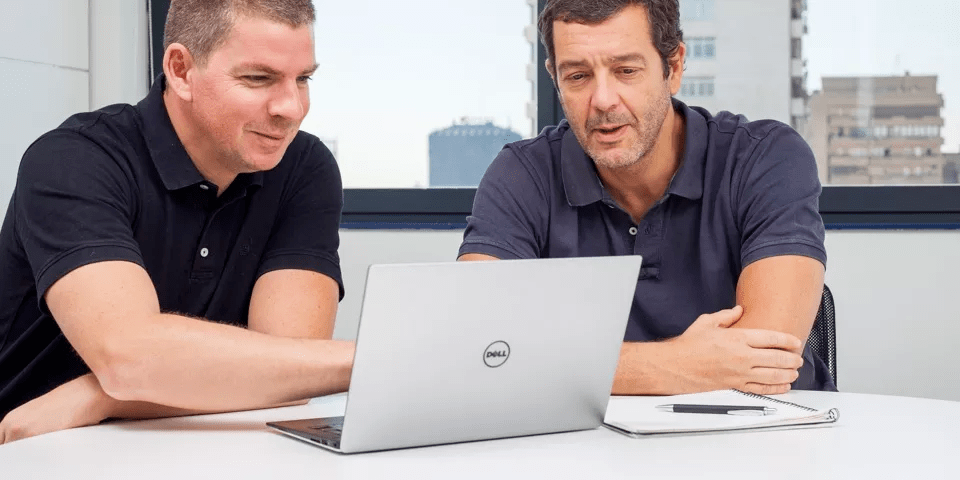 We believe that smart technology solutions are crucial for the success of every business, and we grow stronger with every difficult problem we solve.

We work with the finest expert engineers, investing in the very best tools and technology and applying agile methods in each and every project. We channel our talent and use the very best tools available, including our own software, to help our clients achieve even their toughest goals. All of this added to our “get it right first time” approach has resulted in top reliability rates. 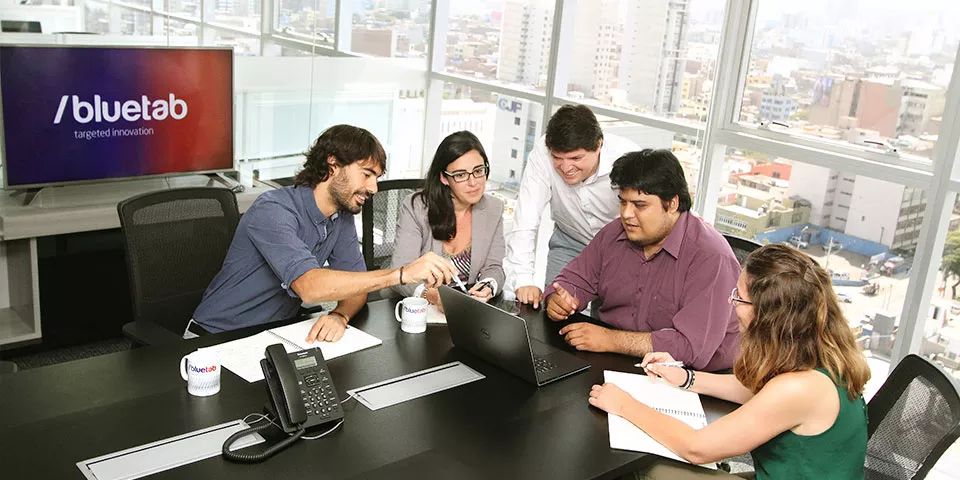 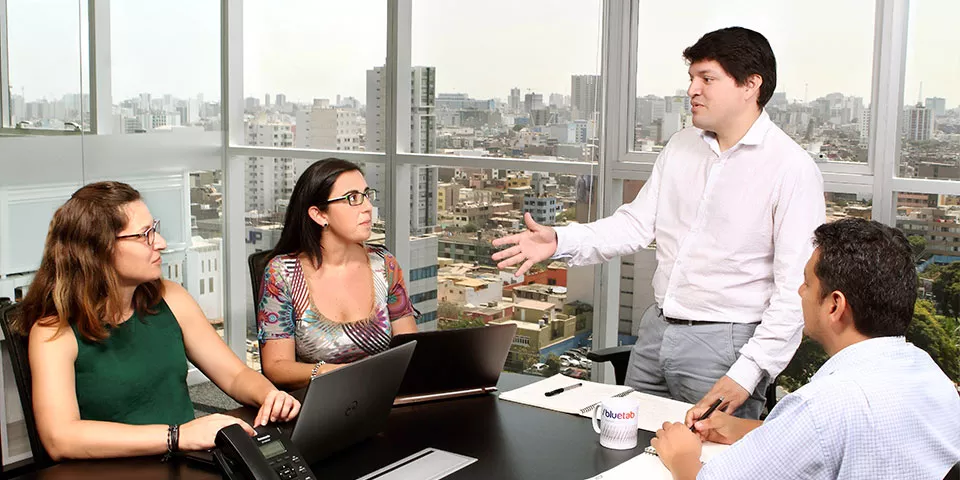 At Bluetab, we pledge to be innovative, avant-garde and supportive of an inclusive society and a healthy environment – that way, we all have the same opportunities to grow and succeed. 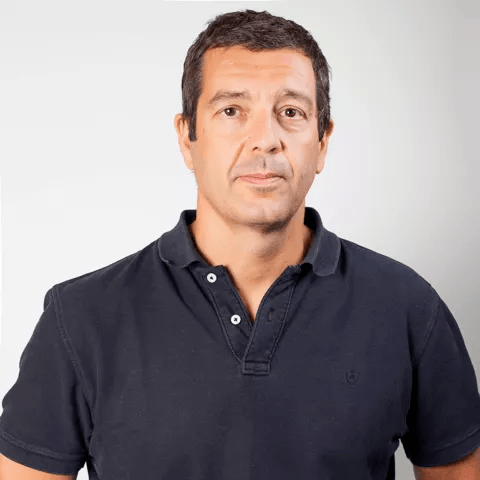 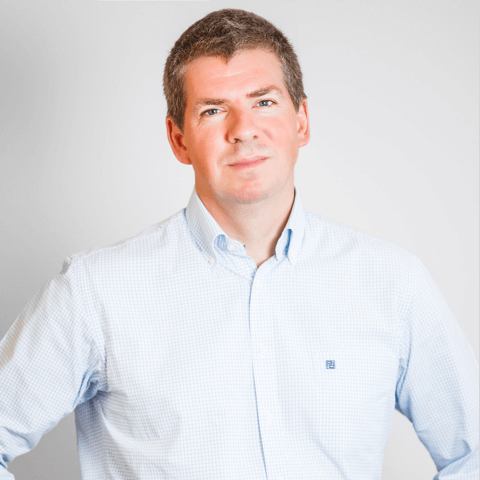 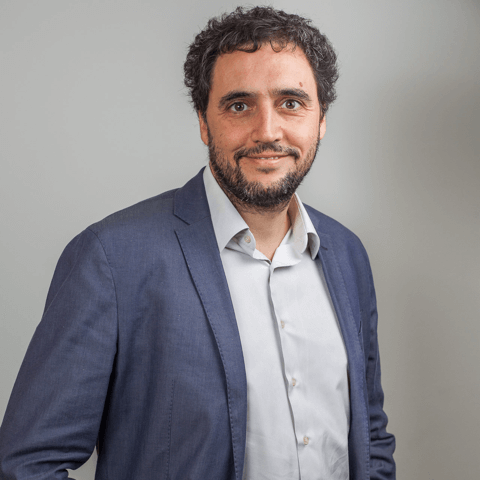 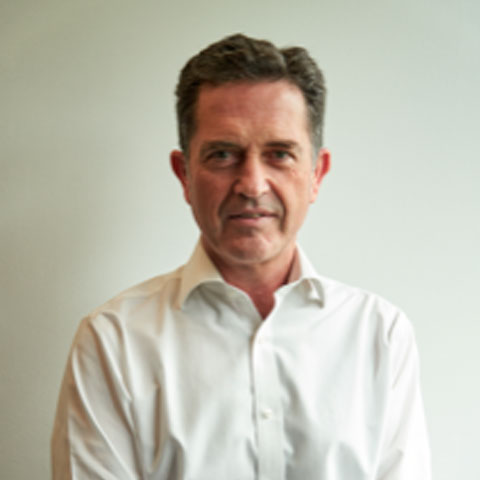 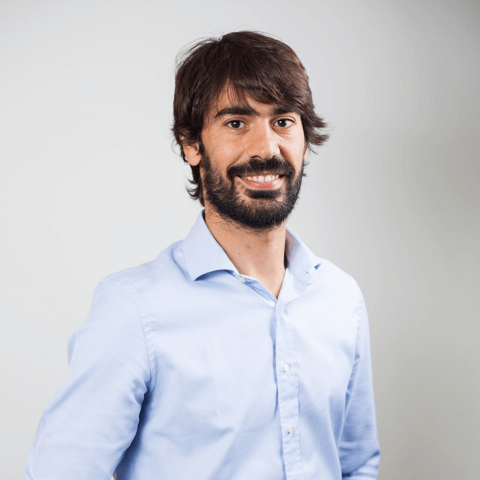 Jose Luis López is the Co-founder and Managing Director of the privately held Bluetab Solutions Group, SL. He manages the company’s operations and strategic relations. Jose Luis created Bluetab together with Co-founder Tom Uhart in 2006 to help companies with their digital transformation needs – a service they saw underrepresented outside of Silicon Valley.
Prior to Bluetab, he was a Tech Analyst for Airtel-Vodafone and CEO of Nimbus Systems. Jose-Luis holds a degree in Industrial Engineering and Telecommunications from Comillas Pontifical University (ICAI).

Tom Uhart (Oxfordshire, UK, 1973) is the Co-founder, Chairman and Partner of the privately held Bluetab Solutions Group, SL. He manages the company’s strategy and shareholder relations. Tom created Bluetab together with Co-founder Jose Luis López in 2006 to help companies with their digital transformation needs – a service they saw underrepresented outside of Silicon Valley.
Prior to Bluetab, Tom served in several business and technology development roles, including founding the successful software services company Nimbus in 2001. He started his professional career as a Consultant for IBM in London, and went on to become a Telecoms Consultant for AMS (CGI) in Denver and Madrid, an Analyst for Credit Suisse First Boston in London, a Chief Architect for Amena (Orange), and a Wireless Investment Analyst for a London based VC fund. Tom holds a Degree in Mathematics from University College, London.
Tom is a keen scuba diver and certified Padi instructor – a passion he picked up while volunteering on a coral reef study with the University of Belize. Above water, he enjoys cycling and spending time with his family.

Enrique de los Ríos (Madrid, Spain, 1972) is Chief Technologist of the privately held Bluetab Solutions Group, SL, and a top technology expert. He leads the company’s R&D and Innovation Centre, Bluetab Labs, where he focuses on AI and Deep Learning. Enrique has been involved with Bluetab since its beginning in 2006 and became a Partner in 2008.
Prior to Bluetab, Enrique worked as a Consultant for Nimbus, a software service company created by Bluetab Co-Founder, Tom Uhart. Enrique started his professional career as Programmer for Telefonica, and went on to become an IT Project Manager for Amena (Orange), and a Programmer for mCentric. Enrique holds a M.Sc. in Computer Science from the Technical University of Madrid (Universidad Politécnica de Madrid, UPM).
Enrique is a geek at heart whose love of technology extends back to his first ZX Spectrum computer at age 10. A father of four, when time permits, he’s also an avid chess player – a hobby he picked up and started studying seriously in 2008.

José Carranceja is Bluetab’s Country Manager in Mexico, as CEO he is responsable for general business in México and mantaining a consistant corporate strategy with the Group. He has developed his career in different international management roles in sales and consultancy areas in several firms such as IBM, BT or Bankinter. He hold a Master degree in Architecture from the Universidad Politécnica de Madrid, an Advance Management from IESE and an Executive Program from INSEAD, Fontainebleau.
Technology passionate, entrepreneur and professor in postgraduate programs. He likes any art manifestation, music, theater or expositions, travel around the world and practice bicycle, skiing and his main passion kitesurfing.

Xabier Zuazo Perez is Bluetab’s CEO of Peru. As CEO, Xabier oversees all activities in the region. Prior to Bluetab, he was a Consultant at Ernst & Young and at Management Solutions. Xabier holds an MBA from ESIC Business & Marketing School, and in Business Administration from the University of the Basque Country (Euskal Herriko Unibertsitatea).
He’s passionate about the mountains, motorcycling and is a self proclaimed ‘frustrated footballer’. 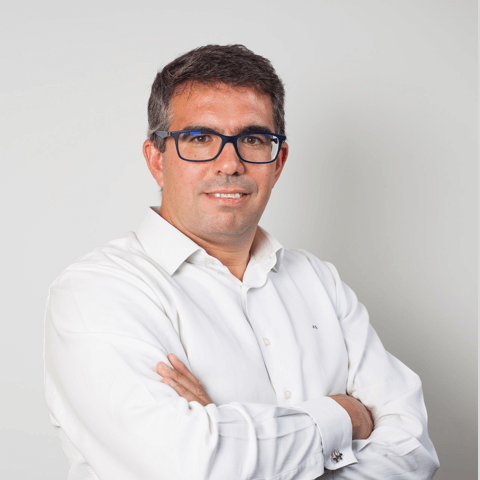 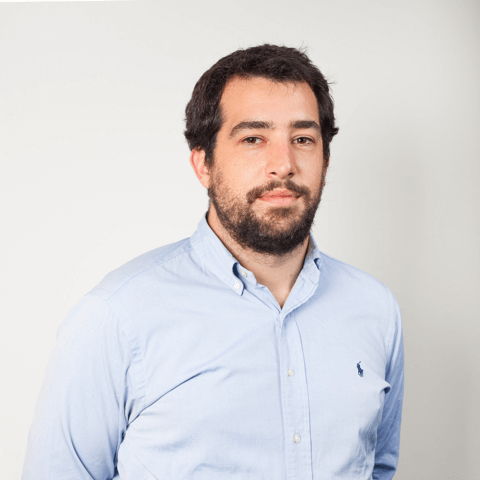 Nacho Baltar is Bluetab´s Data Solutions Head of. Nacho oversees the development of the company´s offering and growth. Prior to Bluetab, he was founder partner and COO in Drago Solutions and held senior roles in Neoris and Heyde AG. Nacho has completed a General Management Program (PDG) at IESE Business School and holds a degree in Computer Science from the UPM (Polytechnic University of Madrid).
Nacho played Basketball in Spanish National League and achieved the second place in the Spanish University Basketball Championship. He is a marathon and half marathon runner, loves surfing and has won a couple of poetry contest.

Jose Angel Zurdo is Bluetab’s CEO of Spain. As CEO, Jose oversees all activities in the region. Prior to Bluetab he was a Consultant for Everis. Jose holds a degree in Industrial Engineering and Telecommunications from Comillas Pontifical University (ICAI).
Jose Angel played handball on a national level for more than 20 years and coached teams for more than 10. He retired from handball in 2009, but still enjoys playing sports like paddle, running, pilates and chasing after his three kids. He’s currently working on becoming a basketball coach – a sport he has become addicted to thanks to his son.

Luis Malagón is Bluetab’s Data Solutions Business Unit Manager. He oversees product development and implementation. Prior to Bluetab, he spent several years as an Experienced Senior Consultant at Deloitte in their Enterprise Risk Services division. Luis holds a degree in Computer Engineering from the Autonomous University of Madrid (UAM).
In his free time, Luis enjoys playing rugby, something he has done for over 20 years, including participating in the División de Honor, the top club competition in Spain’s rugby union league

Any cookies that may not be particularly necessary for the website to function and is used specifically to collect user personal data via analytics, ads, other embedded contents are termed as non-necessary cookies. It is mandatory to procure user consent prior to running these cookies on your website.